Psychosis is term that we use to describe a set of symptoms that interfere with a person’s ability to think clearly and tell the difference between what is real and what is not. Psychosis also affects how people behave. Psychosis is usually an indication of serious mental health problems and if you are experiencing symptoms of psychosis it is a sign that you need support.

People who develop psychosis often have their first psychotic experiences in their teens of early twenties and it is important to get help as soon as possible as there are interventions that can be very helpful in enabling people to go on to lead the life they wish to live. Early signs of psychosis include:

Withdrawal and loss of interest in usual activities

Loss of energy or motivation

Problems with memory and concentration

Problems with work or study

Lack of emotional response or inappropriate emotional display

Changes or problems with sleep or appetite

Unusual ideas or behaviour

Feeling changed in some way.

People with psychosis may experience distressing symptoms such as:

Hallucinations – hearing voices nobody else hears, seeing things that aren’t there, or feeling, smelling or
tasting unusual sensations with no obvious cause

Believing others can influence their thoughts, or they can influence the thoughts of others or control events

Believing they are being watched, followed or persecuted by others or that their life is in danger

Feeling their thoughts have sped up or slowed down

Thinking or talking in a confused way.

Psychosis is not a condition in and of itself. It is a set of symptoms that can be triggered by other conditions such as schizophrenia, bipolar disorder (manic-depression), drug misuse (there appears to be a particularly strong link between psychosis and cannabis use) and severe stress.

Treatments for psychosis include talking therapies such as CBT, social support and use of medication.

More information can be found by following these links:

“At least 850,000 children and young people have a mental health problem in the UK – you are not alone” 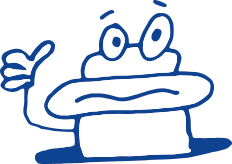